Montreal Road Animal Hospital opened its doors on June 21, 2004 by Dr. Roberto Briones and his wife Ivonne. New flooring and adaptations were made before the inauguration date, and the curb appeal was renovated in 2007, improving the entrance and general appearance of the front lawn. In the winter of 2012 the building received a complete face-lift, changing the old appearance into what it looks now. In 2016, the big exam room was divided in two, and we now have a dog and a cat exam rooms. New ceramic floor was done at the same time.

Our wellness and vaccination programs are designed to prevent disease and prolong the lives of your companion animals. Disease prevention is always less costly than dealing with the treatment of a disease once your pet has developed it. An example would be the treatment of parvovirus.

Our knowledgeable staff and our facilities allow us to deal with a variety of medical conditions your pet may experience. We hope we do not have to see you or your pet for an emergency but if we do, we are equipped to handle the situation. In some cases, your pet may require hospitalization.

Microchipping has become a very popular and safe way to permanently identify your pet and you as the owner in the unfortunate case that your pet is lost. Microchipping involves placement of a small electronic chip the size and shape of a piece of rice just under the skin in the neck area. 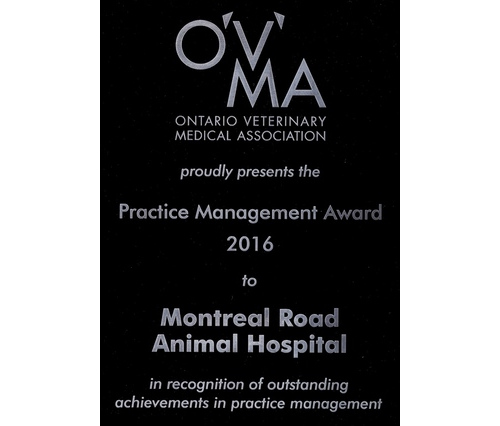 Remember we have Cat Boarding in this Hospital.
Either in our main floor cages or in our special cat room.